This weekend, February 10-12, Opera Parallèle is performing Jonathan Dove’s 1998 operatic comedy Flight. The work was inspired by the true story of the forced residence, from 1988 to 2006, of Iranian refugee Mehran Karimi Nasseri at Charles de Gaulle airport.

Composer Joseph M. Colombo had a chance to ask a few questions to Brian Staufenbiel, the director of Flight and Creative Director of Opera Parallèle.

Joseph M. Colombo: What drew you to this work?

Brian Staufenbiel: I have admired Jonathan Dove’s work for many years and Opera Parallèle is thrilled to program Flight. 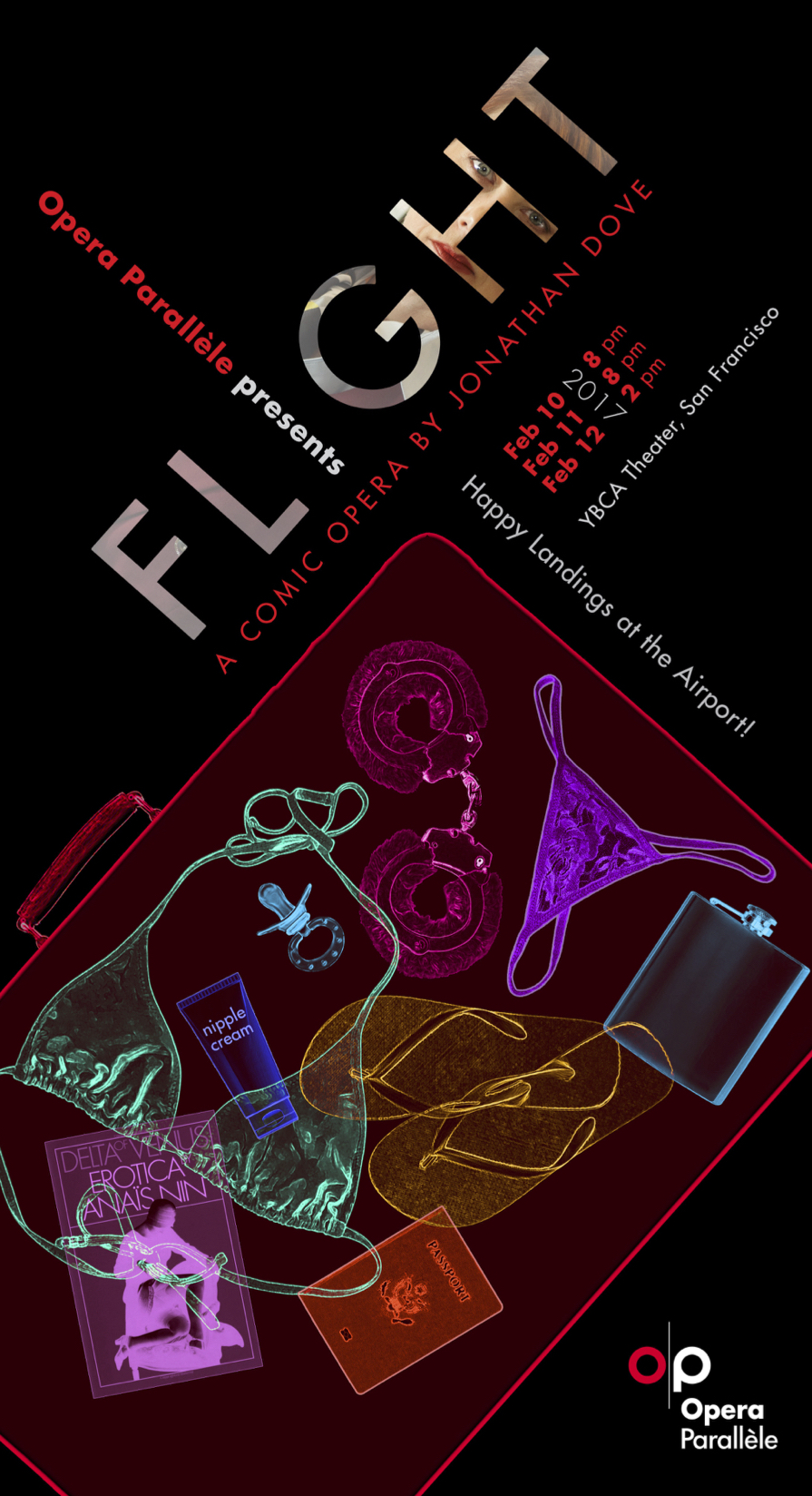 It is really a contemporary masterpiece, with an incredible balance between the wonderful libretto by April de Angelis and a profound musical setting. It is a superb dark comedy exploring human nature while searching for humanity. You literally find yourself laughing and crying through the entire piece.

Dove has an original voice and a beautifully distinctive sound world. He knows how to keep the musical energy moving forward in a larger “macro sense” while creating distinct smaller vignettes to help us understand the inner structure of the story and the characters’ journey in a “micro sense.” The sub-plots are pure magic, serving the larger story that takes us to unexpected and magical places.

De Angelis’ libretto has great theatrical dramatic structure with both spoken and poetic language that drives the story and exports the emotions behind the character development. She sets up the relationship between all the travelers in Act I who “should” be leaving on a plane. Then, suddenly, a storm hits and grounds all the flights. The travelers are forced to spend the night together in the airport during a terrible thunder storm. Conflict, neurosis and madness ensues in Act II. Planes start to arrive after the windy night in Act III, the baby is born, and we learn the backstory of the Refugee and his plight. We feel like we know and grow with the characters as we get to know them and their struggles.

JMC: As a director, what is your preparation for a show like this? Will you stage things according to the music or let it evolve organically?


BS: I was first trained as a musician and singer. I study the score and libretto for quite a long time before I create a concept for a theatrical interpretation. There are certain questions that I ask along the way: What are the salient structural features of the piece? How does the music and libretto tell the story? How do I make the story clear to the audience while honoring musical setting? What are the inherent challenges in a given piece?

Sometimes it is very clear what the composer and librettist wants on stage in a given moment, but often it is less clear. When working with my actors, I like bringing them into the process, and seeing and hearing their interpretation of what is happening. This kind of holistic staging or collective experience makes the most powerful interpretation.

JMC: Dealing with comedy in opera can be tricky, and it is uncommon for modern operas to be quite this comical. How do you approach the comedy with this work?

BS: Our cast keeps quoting the old axiom “Comedy is Serious Business.” Dove has struck a great balance of setting the comic aspects in contrast with the thought provoking scenes, which act as foil.

He composed a score so inextricable to the subject matter which is about life itself, people dealing with challenges, and striving to be happy. The refugee waiting for his brother who has his papers and never arrives. It is an exploration of people ultimately searching for their humanity. This opera is about today, and is as topical as it has ever been!

I look carefully at the narrative structure making sure to create fluid transitions from the comic moments to the poignant moments. Like I mentioned before, sometimes you laugh so very hard and then suddenly you are thrown into a deep exploration of a quandary that haunts a character. The juxtaposition is part of the magic of the piece. The balance between the drama and comedy hangs on a thread, but this thread is made of kevlar.

JMC: Are there any sources that you took particular visual inspiration from for the feel of this production?

BS: I decided to take the approach as if we had been asked to design an international airport. So Dave Dunning (our set designer) and I started throwing ideas around and we created quite an intriguing set.

The media projections play a big role in the piece as well. I work directly with David Murakami our media designer to create an “Operatic Storyboard” that helps tell the story of the opera, by supporting the micro and macro structures that I was talking about before. Our philosophy is for the media projections to disappear into the sets and storytelling and become completely integrated with the action on stage and music, never pulling the audience out of the experience.

JMC: If you had to pick out a single favorite moment from this production, what would it be?

BS: There are so many amazing ensembles, duets, and arias. . . . I would say that if I had to choose it would be the Minsk Women’s aria and the Refugee’s final aria. Also, the birth scene is an amazing moment of theatrical comedy.

Joseph M. Colombo is a New England-born, San Francisco-based post-classical composer and noise maker. He has written music for orchestras, chamber ensembles, electronics, stage, film, installations, and everything in between. josephmcolombo.com