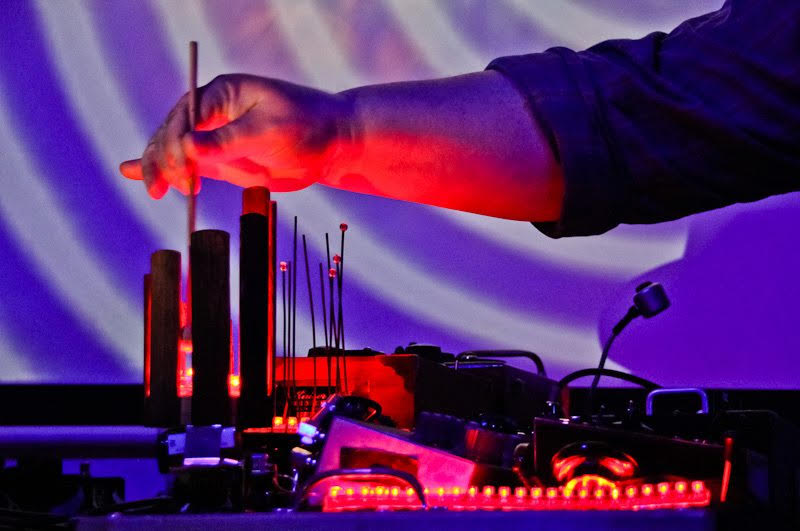 Tim Kaiser is well known in the atmospheric experimental music scene for his blending of acousto-electric contraptions and Frankenstein electronics to create ethereal, layered drones. His sonic landscapes have been called “experiments in adventurous art” and “eclectic genius” by the likes of Make Magazine, Wired, the New Art Examiner, and the Associated Press. Mr. Kaiser was featured on the PBS program MakeTV and has headlined numerous experimental music festivals in the US.

For musical experimentation and all-around tinkering with Instruments, Tim Kaiser commands his creations with simple sweeps of the hands, willing sounds into existence. He has scored films, been on PBS as well as magazines, and has toured extensively. How he gets by airport security with his devices is anybody’s guess, but is handmade instruments are as alluring as the sounds they make. Kaiser has been a founding contributor and champion of the Weirdo Industrial Complex for 30 years.