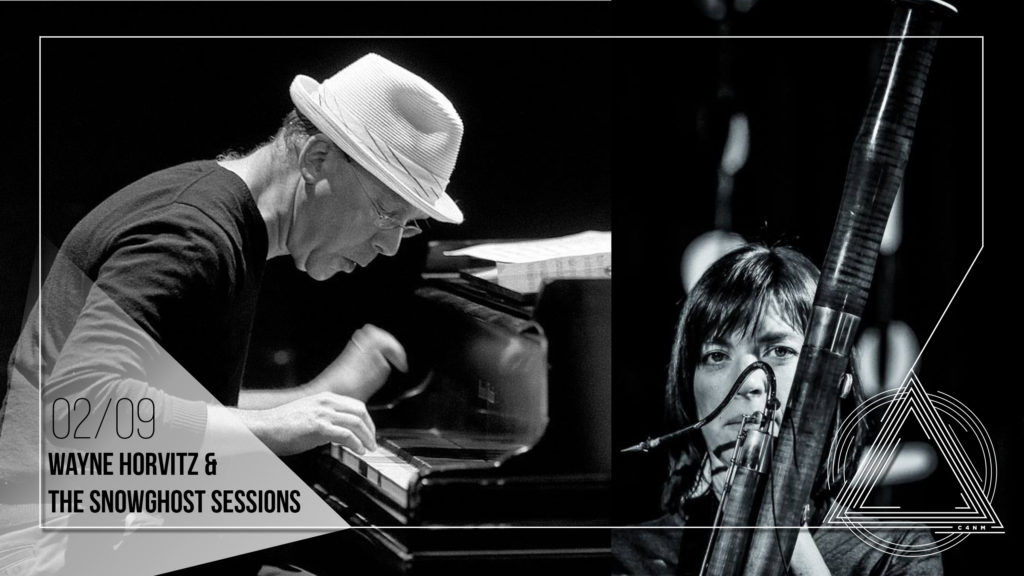 Wayne Horvitz Trio & The Snowghost Sessions with special guest Sara Schoenbeck
Composer and pianist Wayne Horvitz continues touring in 2019 in support of his new CD, “The Snowghost Sessions,” with four dates Washington Oregon and California. Horvitz may be best known for his work with John Zorn, Reggie Watts, Bill Frisell, Butch Morris, William Parker, Robin Holcomb, Gus Van Sant and many others. In this project, Horvitz teams with two of his favorite Seattle musicians, drummer Eric Eagle and bassist Geoff Harper.
“The Snowghost Sessions” was recorded over a weeklong residency at Snowghost Studios in Whitefish Montana. In addition, these four dates will feature special guest bassoonist Sara Schoenbeck. Sara and Wayne will also be playing select duo concerts in and around these dates. For a full schedule please visit: http://www.waynehorvitz.com/calendar/