Warning: "continue" targeting switch is equivalent to "break". Did you mean to use "continue 2"? in /home/bearjen/apps/cnm2019/wp-content/plugins/types/library/toolset/types/embedded/includes/wpml.php on line 660
 The Chromelodia Project Premiere of “Occhio” – Center for New Music
Keeping in mind the health and safety of our community, all in-person events at C4NM are canceled until further notice. However, our staff is still available by email, and all events are now hosted online. From our blog: Resources for Artists During the COVID-19 Outbreak
During these extraordinary times, donations are critically important to the continued survival of arts organizations. 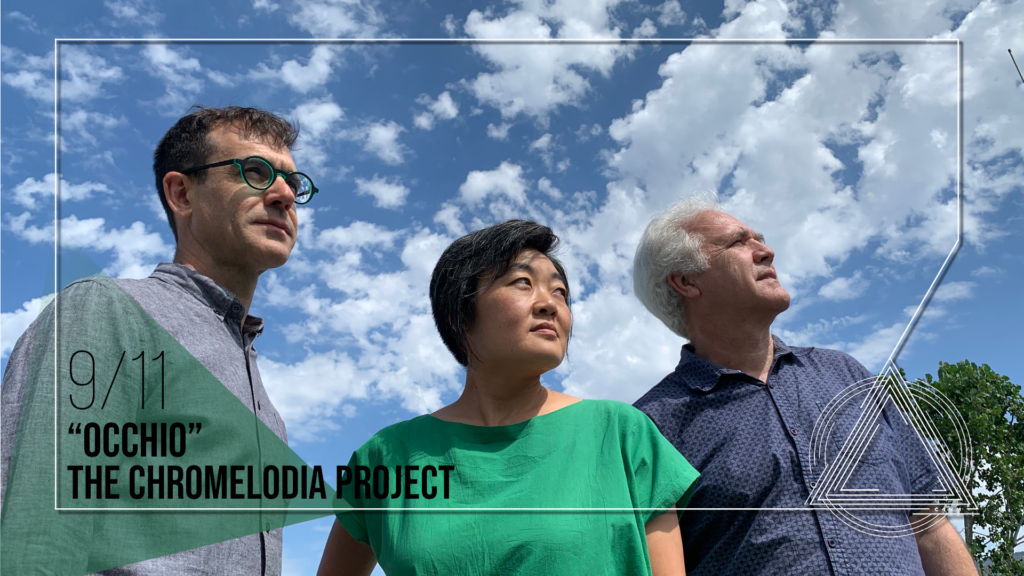 This concert will be streamed live on the Center for New Music YouTube channel.

The Chromelodia Project, a trio blending just intonation, improvisation, and interactive computer music, premieres Chris Brown’s concert-length song cycle “Occhio” set to poetry by Erika Dagnino. The trio includes Brown on piano and computer, Theresa Wong, cello and voice, and Kyle Bruckmann, oboe and electronics. The group’s name refers to Harry Partch’s Chromelodeon, a keyboard he used to support the musicians playing in his 43-tone tuning. The Chromelodia Project formed in 2016 to explore just intonation, improvisation, and interactive electronics in a chamber setting. Its members are all experienced innovators in these areas, as well as classically trained musicians who are adept at reading and performing from scores. The trio has performed at Pro Arts Gallery in Oakland, The Lab and Center for New Music in San Francisco, and at The Stone in New York City. Its repertoire of three song cycles are written using the 43-tone just intonation tuning system of the American iconoclast composer and instrument builder Harry Partch. This new work follows up the CD release last summer of “Some Center” on New World Records that includes two song cycles for the trio: “First Light” and “Some Centre”. Julian Cowley or the Wire describes “Some Centre is a multi-faceted drama of attentive engagement and imaginative transformation.”

Theresa Wong is a composer, cellist and vocalist active at the intersection of music, experimentation, improvisation and the synergy of multiple disciplines. Bridging sound, movement, theater and visual art, her primary interest lies in finding the potential for transformation for both the artist and receiver alike. https://www.theresawong.org/

The concert is made possible through the Musical Grant Program, which is administered by InterMusic SF, and supported by the Clarence E. Heller Charitable Foundation, the Hewlett Foundation, and San Francisco Grants for the Arts.