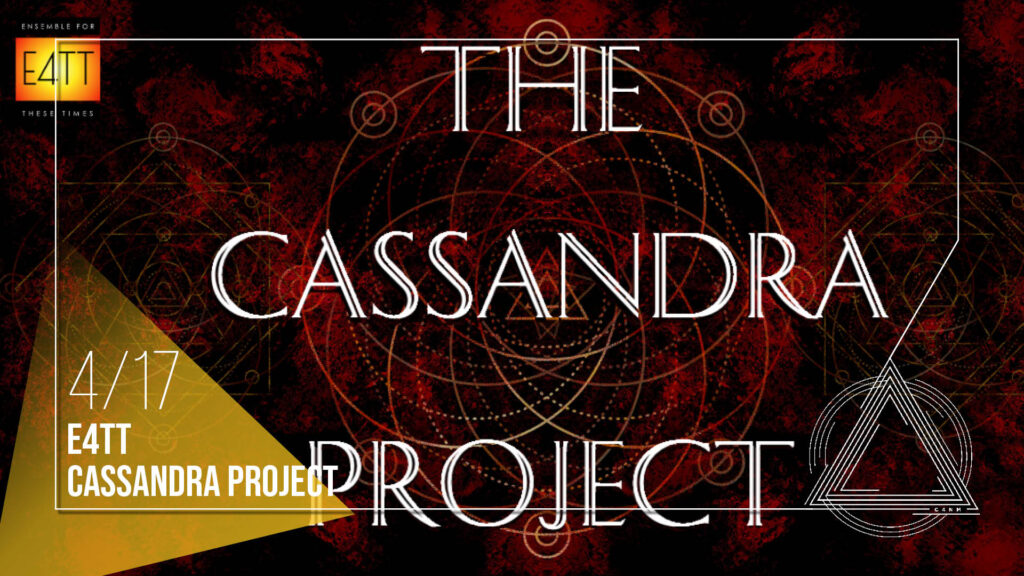 This concert will be broadcast on YouTube Live and is free! Donations to Ensemble for These Times are encouraged.

E4TT’s 2020/21 commissions concert is inspired by the priestess in Greek mythology who was cursed to utter the truth but never believed.

Featuring FOUR World Premieres of commissions about Cassandra and her fate:

The concert will be live-streamed on the C4NM’s YouTube channel.

This concert is supported by funds from the San Francisco Arts Commission and sponsored, in part, by a grant from the Ross McKee Foundation