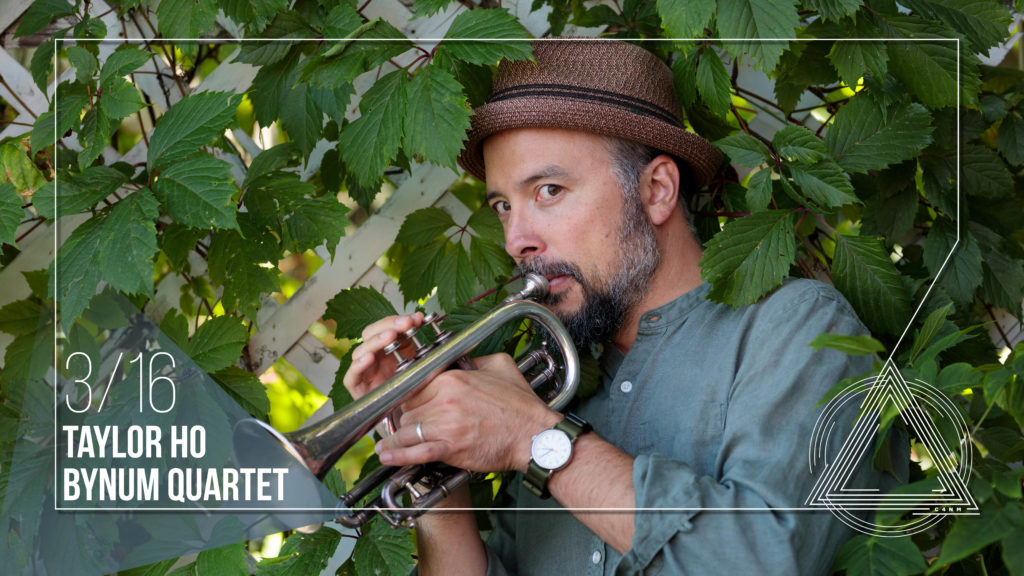 Cornettist and composer Taylor Ho Bynum makes a rare visit to the Bay Area, performing with a quartet featuring Hafez Modirzadeh (tenor sax), Tomeka Reid (cello), and Keshav Batish (drums, tabla). Bynum has spent his career navigating the intersections between structure and improvisation – through musical composition, performance and interdisciplinary collaboration, and through production, organizing, teaching, writing and advocacy. Bynum’s expressionistic playing on cornet and his expansive vision as composer have garnered him critical attention on over twenty recordings as a bandleader and dozens more as a sideman, including work with Anthony Braxton, Cecil Taylor, Bill Dixon, and forward thinking peers like Mary Halvorson, Tomas Fujiwara, and Nicole Mitchell. His most recent release, “The Ambiguity Manifesto”, featuring Bynum’s 9-tette, was a top-ten choice on the 2019 NPR Jazz Critic’s Poll. His last appearance in San Francisco (also at the Center for New Music) was in 2014, part of his “Acoustic Bicycle Tour”, where he traveled to concerts solely by bike from Vancouver to Tijuana.

This quartet, assembled especially for this performance, features two old friends (Modirzadeh and Reid) along with a new face (Batish), drawing from the Bay Area’s rich creative music community.

* Please note, advance ticket sales will end at 5 pm on the day of the event. Door tickets will be available 30 minutes before showtime. *