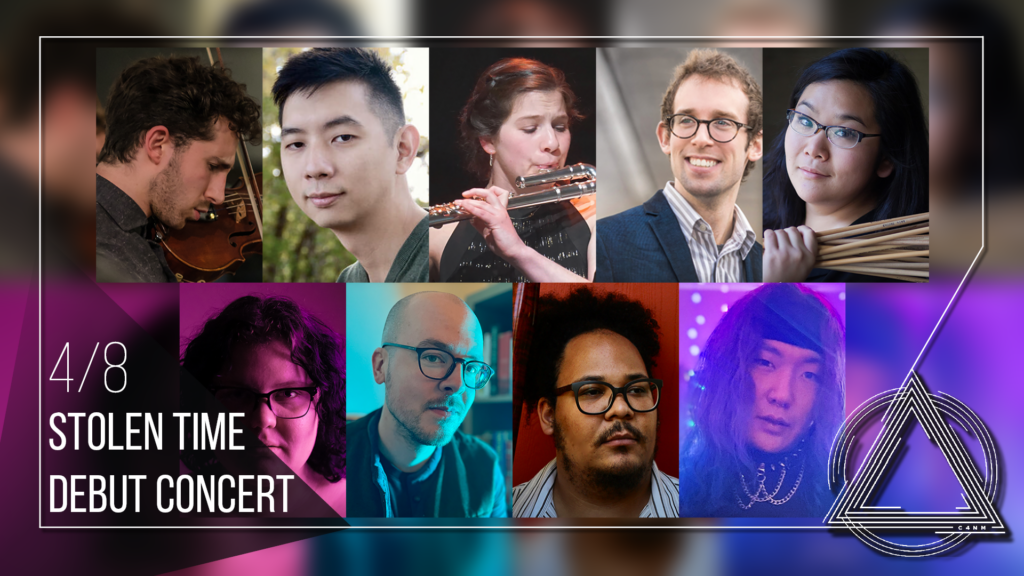 Celebrating their very first concert together as an ensemble, Stolen Time presents a program paying tribute to its name – the radical, revolutionary act of reclamation that is artistic creation in modern life. Opening the program is Missy Mazzoli’s Still Life with Avalanche, a work depicting a cascading freefall of material generation brutally interrupted by tragedy. Still Life with Avalanche was written in residence at the Blue Mountain Center artist colony in upstate New York; it was there Mazzoli received the phone call of her cousin’s sudden passing, and the piece naturally absorbs the what she terms “the shock of real life work[ing] its way into the music.” Next comes Christopher Cerrone’s Double Happiness; originally written for Bay Area favorites The Living Earth Show, Double Happiness finds extremes in an emotional narrative of field recordings from the Umbrian countryside and then comes to a gentle moment of balance. Third on the program is the world premiere of Coral Douglas’ line, ray, point, a work commissioned specifically for Stolen Time’s unusual instrumentation that examines energy, shapes, and their combined natural trajectories. Rounding out the program is a special reimagining of Miles Davis’ seminal recording In a Silent Way by Stolen Time founder Bryan Lin.