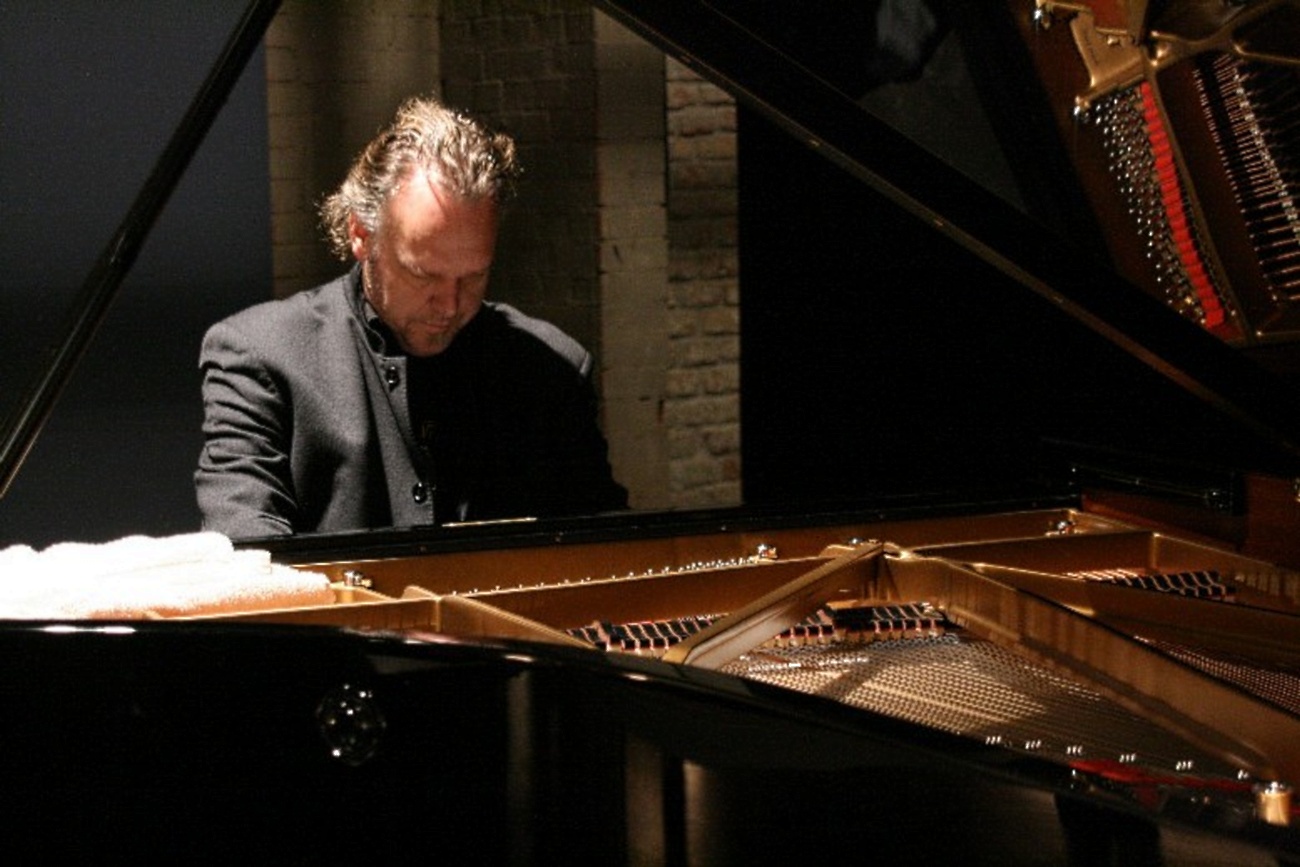 Composer and improviser Sten Sandel has been an influential force on the European and Scandinavian new music scene for three decades. His solo performances often combine piano with his own highly developed system of sound poetry.
His regular groups include Mats Gustafsson, Raymond Strid, Nina de Heney, and Sofia Jernberg. However, Sandell has collaborated with a who’s-who of outstanding contemporary musicians, including Evan Parker, Chris Cutler, Barry Guy, Carlos Zingaro, Sainkho Namchylak, Günther Christmann, Sven-Ake Johansson, Phil Wachsmann, and David Moss, among many others.
For this performance he will do a solo set for piano and voice, and then invite Gino Robair onstage for the second set.