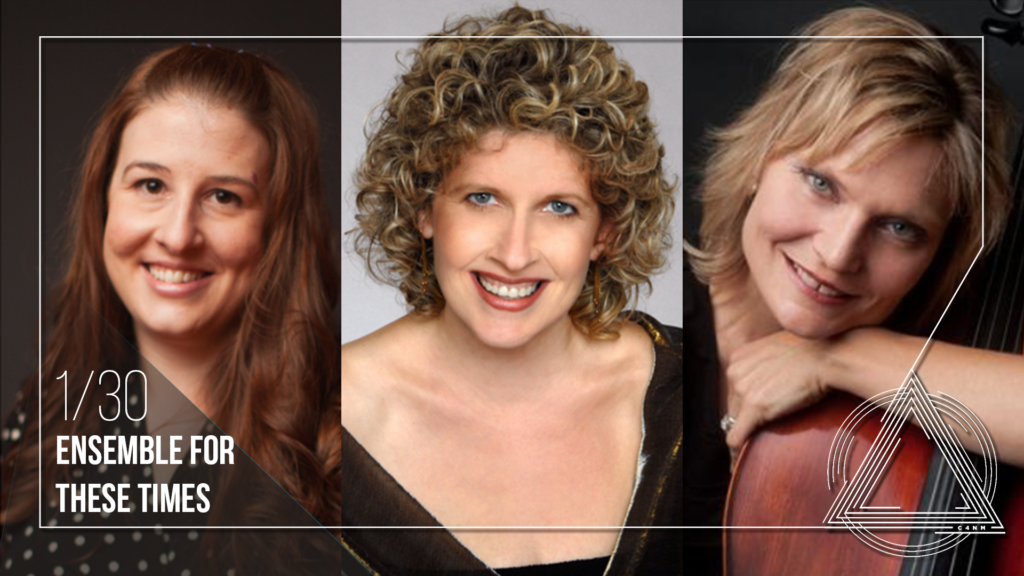 This concert will be broadcast on YouTube Live and is free! Donations to Ensemble for These Times are encouraged.

At 7:00 p.m., we will host a virtual pre-concert composer talk with Elinor Armer and an intro video from Jesse Montgomery. The concert will begin at 7:30 p.m.

– “Rest These Hands” by 2010 American Academy of Arts and Letters Charles Ives Fellow Anna Clyne to a text by her mother, Colleen Clyne. for solo violin, by Anna Clyne, from E4TT’s COVID-shortened 2019/20 season

– “Buenos Aires en Tres” for piano trio by Argentinean Latin Grammy winner Claudia Montero (b.1983). Listen to her Ausencias for string orchestra: selected etudes for piano by 2020 Guggenheim Fellow Marti Epstein (b. 1959) from her “American Etudes”

And as an extra bonus, “Mazovian Dance” for cello and piano by the brilliant Polish composer Grażyna Bacewicz (1909-1969).