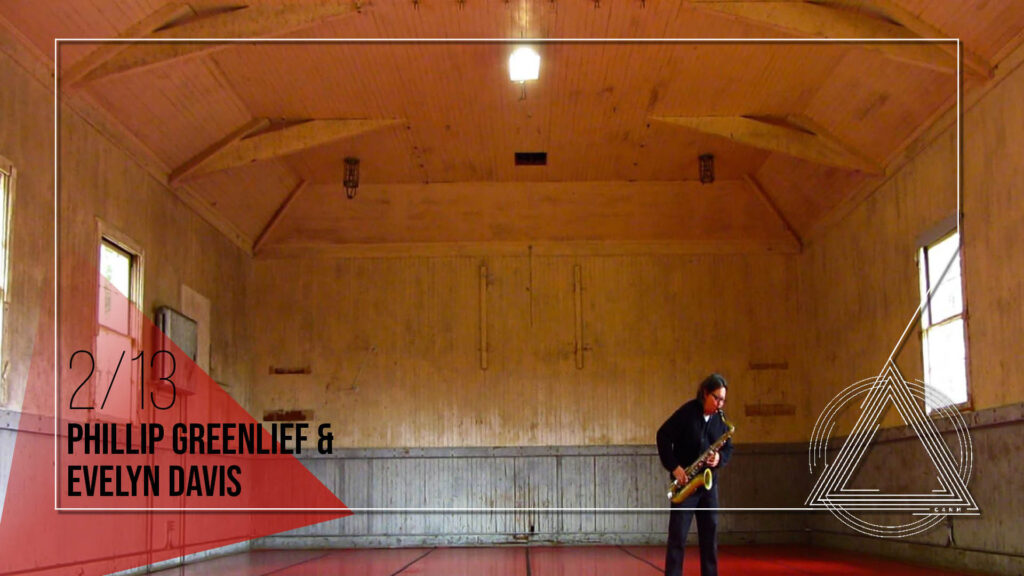 Phillip Greenlief celebrates the release of his newest solo saxophone recording POLYPHONETIC FOR SUN RA TED BRINKLEY AND DAVID BOYCE with a rare solo concert, including a solo set from pianist Evelyn Davis.

Read about it on KQED.

phillip greenlief (b. 1959, los angeles)
Since his emergence on the west coast in the late 1970s, saxophonist Phillip Greenlief has achieved international critical acclaim for his recordings and performances with musicians and composers in the post-jazz continuum as well as new music innovators and virtuosic improvisers. He has performed and recorded with Wadada Leo Smith, Meredith Monk, Nels Cline, and They Might Be Giants; albums include THAT OVERT DESIRE OF OBJECT with Joelle Leandre, and LANTSKAP LOGIC with Fred Frith and Evelyn Davis. Recent residencies have included Headlands Center for the Arts. He is the recipient of a San Francisco Bay Guardian Goldie Award. “The Bay Area’s do-it-yourself ethos has produced a bevy of dazzlingly creative musicians, but few have put the philosophy to work as effectively as Phillip Greenlief.” – Andrew Gilbert, San Francisco Chronicle

She improvises and has recorded with Phillip Greenlief, Fred Frith, and Michael Zerang, among many other esteemed musicians from Chicago and the Bay Area. She is active as a touring musician in the US and abroad, and has appeared at several prog festivals in Europe, including Rock in Opposition festival in Carmeaux, France, and Different Sounds Festival in Lublin, Poland. She also frequently perform as a chamber musician in San Francisco and Oakland.