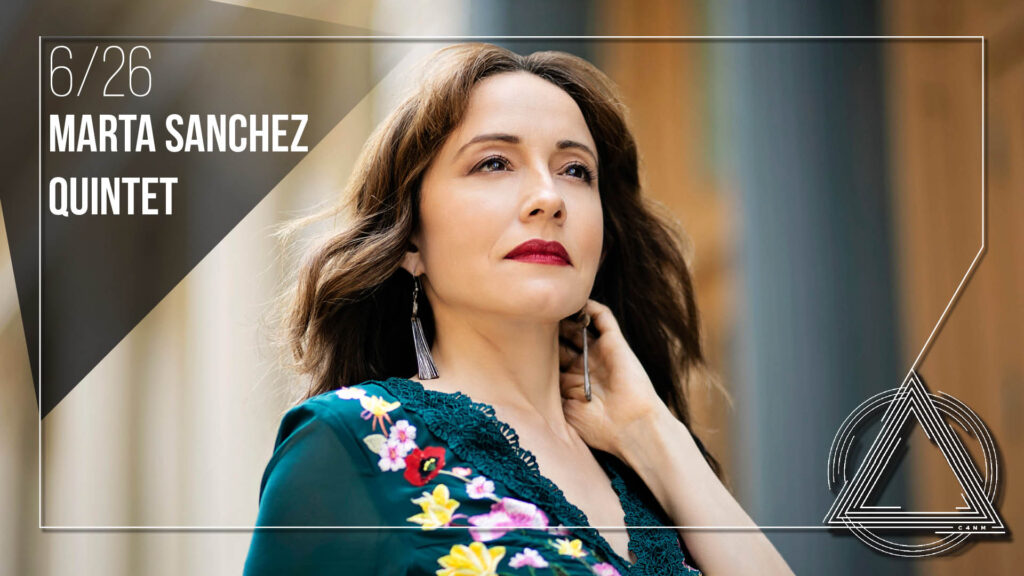 Described by The New York Times as one of the most memorable groups in jazz, the quintet of Marta Sanchez will present the music of their last CD: SAAM (Spanish American Art Museum), released on Whirlwind Recordings.
“SAAM (Spanish American Art Museum),” is both musically complex and emotionally direct, managing to convey the raw, implacable pain of loss. -Giovanni Russonello for The New York Times.
“It’s early in the year to be talking about the best jazz albums of 2022, but right now this is on the shortlist.” -Lucid Casual-

Combining elements of rock, pop, jazz, classical and experimental music, Marta’s tunes are rhythmically complex but strongly melodic.
Marta Sánchez Quintet was created around 2013. Since then, the group has released four albums: “Partenika” (2015), “Danza imposible” (2017), “El Rayo de Luz” (2019) on Fresh Sounds Records and “SAAM (Spanish American Art Museum) (2022) on Whirlwind Recordings.
All of the albums received great reviews from the American press being two of these records, “Partenika” and “El Rayo de Luz” selected by The New York Times as one of the 10 best albums of 2015 and Best 10 jazz albums of 2019. Her records have been featured at The New York TImes, The Wall Street Journal, “Fresh Air”, DownBeat, WBGO, among many other outlets. The quintet has performed in the more prestigious venues of New York, as The Winter Jazz Festival, Birdland, Blue Note, The Jazz Gallery, Smalls, Dizzy’s or Roulette Intermedium among many others and around the globe in many venues and Festivals.