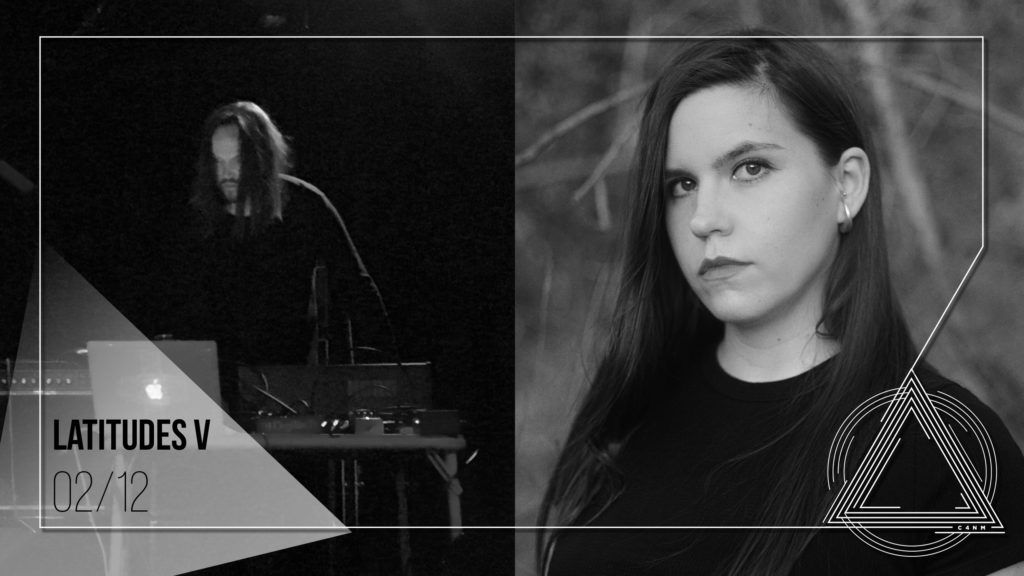 Latitudes focuses on a contingent of composers, improvisers, and musicians working in underground forms of contemporary music. It was started in response to the dwindling number of venues in San Francisco presenting artists operating in the liminal space between serious avant-garde music and rock and roll. Precious few venues regularly present music that falls in between these cracks. That in mind, the hope for this series is to help fill a gap that’s glaringly obvious in San Francisco’s music scene—and to do so with the input of the community of music makers and enthusiasts living in the Bay Area.
William Fowler Collins
Originally from rural New England and now living in New Mexico, William Fowler Collins (b.1974) is an American composer, recording artist, and performer of dark minimalist music and drone music.
Collins has released music on the SIGE, Type, Blackest Rainbow, Handmade Birds, Daymare, Sicksicksick, and Root Strata record labels. Current projects include solo recording and live performance. Additionally, he is co-founder of several active projects including Thalassa with Aaron Bradford Turner, Mesa Ritual with Raven Chacon, and the William Fowler Collins/James Jackson Toth duo. He has also collaborated and performed with artist Claudia X. Valdes. Collins has performed nationally and internationally, in both solo and group contexts, at festivals and venues including KINDL Berlin, Café OTO(London), the Decibel Festival(Seattle), the On Land festival(San Francisco), the Courtisane Festival(Ghent, Belgium), Netwerk(Aalst, Belgium), The University of New Mexico John Donald Robb Composers’ Symposium, The Ende Tymes Festival(NYC), Park Church Co-op(Brooklyn), The San Francisco Art Institute, and many more. He has toured with a diverse range of artists including SUMAC, Jaye Jayle, Jon Mueller, Mamiffer, Daniel Menche, Nordra, Brightblack Morning Light, and Old Man Gloom.
In 2004 Collins graduated from Mills College with an MFA in Electronic Music and Recording Media.

Geneva Skeen
Geneva Skeen is an artist and composer working in Los Angeles. Influenced by écriture féminine, alchemical metaphors, and a range of musical traditions ranging from holy mysticism to industrial, Skeen works with with recordings, digital presets, voice, and mixed instrumentation. Her performances, publications, and installations focus on the contrast between facing the finite resources of our physical landscapes and their infinite digital representations. Her solo and collaborative works have been presented at REDCAT, the Los Angeles County Museum of Art, Zebulon, Coaxial, Human Resources LA, on the rooftop of The Standard Hotel in downtown Los Angeles, and on the façade of the Armory building in Long Beach, California, amongst others. Her recent solo releases include works on Room40, Dragon’s Eye Recordings, and Crystalline Morphologies (2019). She is an MFA candidate in the Music/Sound program at Bard, a recipient of the Touch Mentorship program, and a member of VOLUME, a curatorial collective focused on sound-based practices.
“Skeen creates an ambience with edge, swaying between blurred drones and resonating synths… feels like a descent into some strange, dread-induced hallucinatory state: dark, enveloping, and inescapable.” – Toneshift.net
“Her music rises like an ominous dawn, one of flame-red rather than glowing peach, precarious in spite of the music’s heaviness.” – FluidRadioUK
“…a mystical, industrial threnody for modern environmental collapse” – MOJO