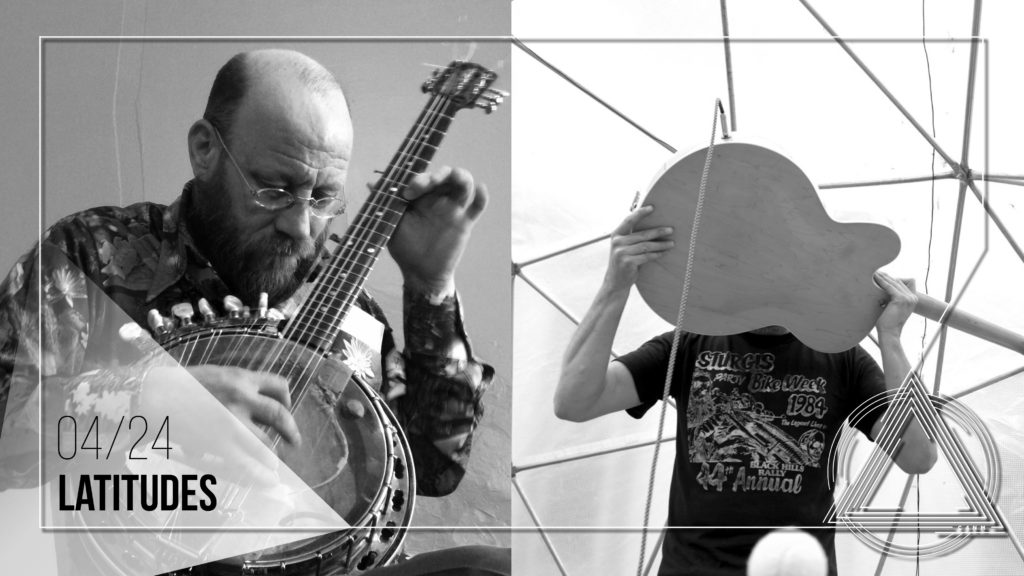 Other Minds’ Latitudes series continues with The Master and Enigma: Paul Metzger, a bonafide American folk outsider, performs his entrancing hymnprovisations for modified 23 string banjo. Minneapolis’ mercurial mystery man John Saint Pelvyn makes an ultra-rare Bay Area appearance performing on solo electric guitar—barely harnessed feedback, f-hole howling, mid-jam retunings and whammy bar abuse all-included. Voicehandler rounds out the bill with a set of unnerving glossolalia, electronic sputter and spuming percussion.
Paul Metzger
A master on a self-built 23 string banjo, Paul Metzger’s Idiosyncratic & deeply original long form improvisations bring to mind American primitive guitar, the sarod of Hindustani music, or the Chinese Erhu. But fundamentally, his music grows from a deep commitment to exploring every possible expressive sound that can be extracted from his instrument. His ‘home-made’ aesthetic has drawn comparisons to DIY mavericks like Charlie Nothing and his Dingulators or Eugene Chadbourne with his electric rake, but the depth of Metzger’s explorations led David Keenan to assert in Wire magazine that Metzger’s playing “reveals the true meaning of virtuosity”. A key voice in the world of avant-garde & experimental folk, he creates a music evocative of some magical forgotten age, but is simultaneously deeply rooted in the eternal present when fingers touch strings.
“…Metzger’s banjo and guitar contain multitudes. Suspended between past and future, honouring the tradition while hijacking it, listening for its voice while revelling in its inarticulacies; this is how the thing sings. And the song, in the obsessive extensions of Metzger’s instruments, truly has no ending.” – The Wire.
John Saint Pelvyn
Guitarist, thereminist, singer, and player of some species of dismantled electrified folk, John Saint Pelvyn is a musical enigma of the best kind. At the root of his playing is something akin to traditional stride, but rich with quivering whammy bar wobble and shimmering feedback. He often plays the tailfin strings of his archtop like one would play harmonics, or retunes seamlessly mid-stream to create a shifting temperament across the length of a piece. An affinity for the likes of John Fahey and Loren Mazzacane-Connors can be heard here, but the comparisons quickly fall away as one takes in this ambidextrous musical sensibility. He will sing otherworldly vocal duets with his theremin while simultaneously accompanying himself fingerpicking, or will throw modulated feedback tones across otherwise inviting harmonic landscapes based on blues & folk motifs, overshadowing them with clouds of squelch that loom like an approaching post-noise squall, but that ultimately swell and punctuate more like the tone clusters of Henry Cowell or the lyrical saxophone of Frank Lowe.
“When wandering the stage singing into the F-holes of his electric arch top bringing forth arpeggios of feedback, or waving the neck of his guitar in the vicinity of a howling theremin, indeed, he seems to be playing the very air itself.” – Electro Motive Records 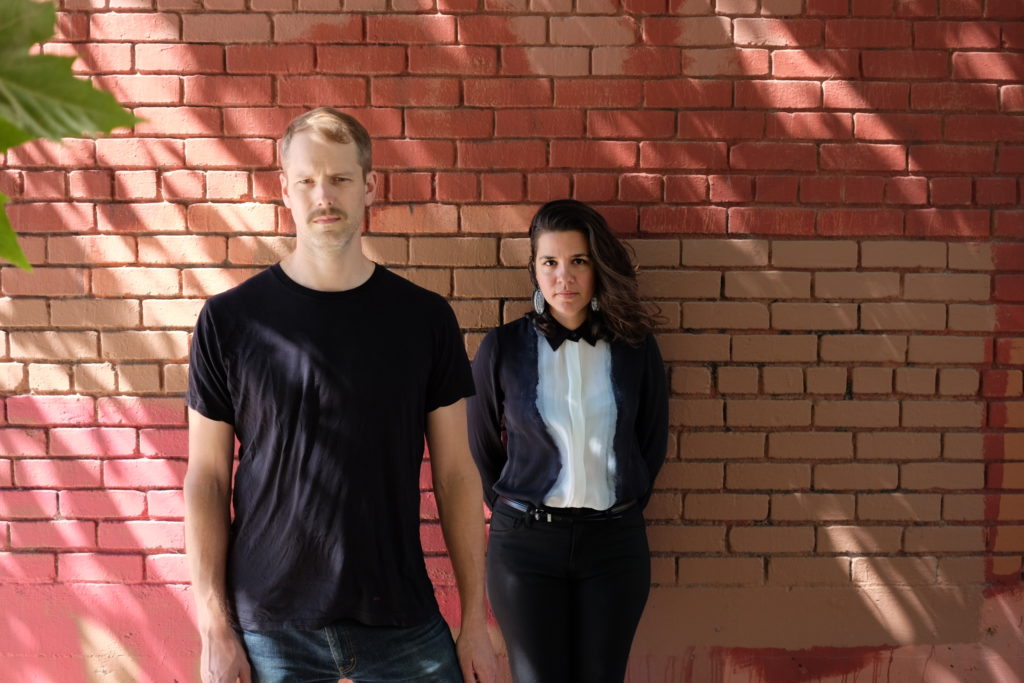 Voicehandler plays intuitive, incantatory music grounded in the most primitive and somatic instruments — the voice and percussion — juxtaposed with contemporary, disembodied electronics. We situate ourselves in our physical and social environment through our music. Our improvisations are shaped by their setting and context, and we use site-specific installations to more deeply experience spaces. We deconstruct song forms in relation to mythology and literature to explore our humanity and the shifting discourse surrounding it.