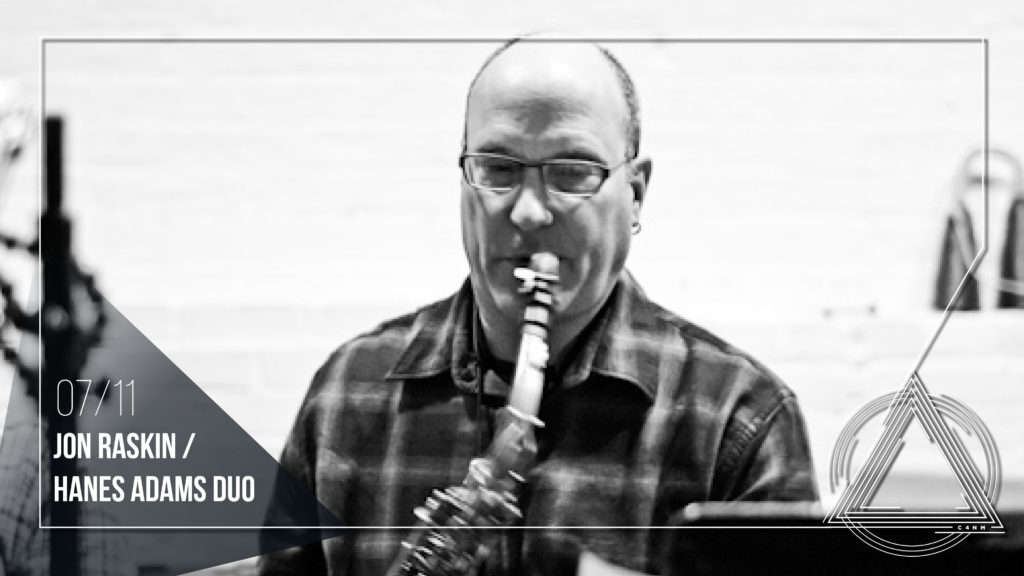 Jon Raskin will be performing Steve Lacy’s “Practitioners Book W” saxophone solos. Steve Lacy was deeply committed to solo saxophone performances and as a daily practice. It informed his compositions and his improvisations and he composed 3 volumes between 1983-1985 called the Practitioners – Book H, P & W. As he wrote in “Findings: they were written …”as exercises and studies for the saxophone. Deliberately made so as to be hard to play, they also contain many of the characteristic “licks”, which comprise the language that I use, in the different kinds of improvisational musics that I perform.” Book H was issued on the recording “Hocus Pocus” and as far as I know Book W hasn’t been recorded or performed in California
John Hanes and Steve Adams have been playing improvised electronic duets for almost ten years, bringing their wide range of experiences in other musics to the project in interesting and unexpected ways. They were programmed in the 2019 S.F. Tape Music Festival and recently appeared on radioDinner on sfSoundRadio.