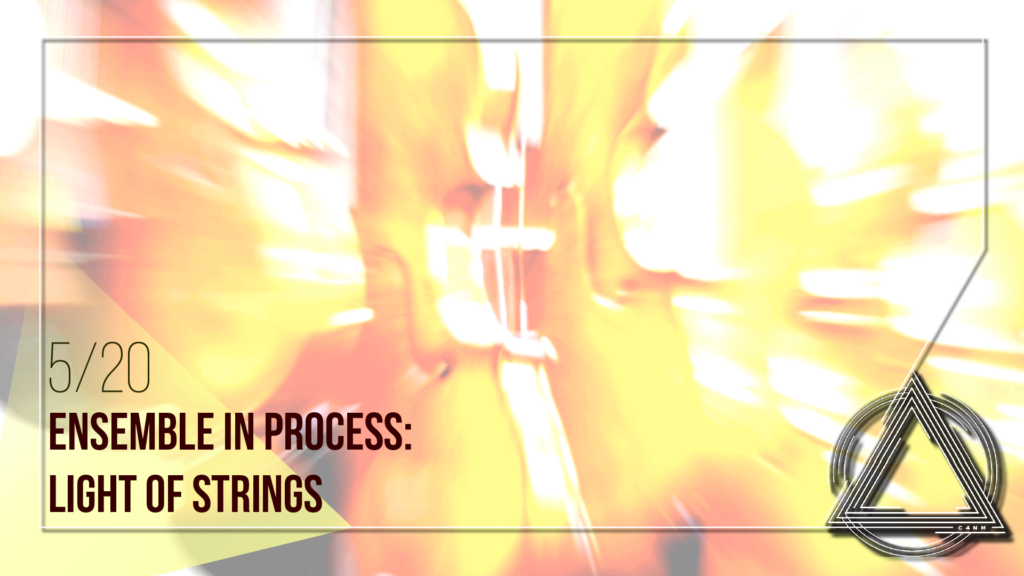 Award winning composer Brian Mark has had works performed by ensembles such as the BBC Singers, Atlas Ensemble, Choral Chameleon, Ensemble Signal, Chelsea Symphony, the Ligeti quartet, members of the London Symphony Orchestra, and at festivals including Bang on Can, London Contemporary Music Festival, June in Buffalo, and Spitalfields. He has held residencies with the Chelsea Symphony, I-Park Artists’ Enclave, and Ucross Foundation. His symphonic work The Persistence of Time received an honorable mention from the 2015 American Prize in Orchestral Composition. In addition, he was appointed as an Associate Member with the London Symphony Orchestra’s Composer Soundhub Scheme from 2015-2017, which culminated of a video installation performance comprising of members from the LSO. He completed his PhD at the Royal Academy of Music. www.brianjmark.com

Allyson Clare is a versatile violinist/violinist, chamber music and soloist based in NYC. As a chamber musician she performed from 2013-2018 as a member of the composer-performer string quartet, Solar String Quartet which recorded and performed live numerous albums with singer-songwriters and composer including Joanna Walfisch, Mario Castro Julian Hucq at venues such as BAM Center and Jazz at Lincoln Center primarily in the Latin-Jazz genres. She frequently collaborates with her new music duo partner, Brian Mark. She has recently been accepted to the Miami Music Festival, cast in Monteverdi’s Orfeo for their 2022 season. Clare holds a Bachelor of Music from The San Francisco Conservatory of Music, as well as a Masters of Music from The New England Conservatory of Music.

Committed to shifting the boundaries of harp performance, Jennifer R. Ellis (D.M.A. University of Michigan, M.M. Cleveland Institute of Music, B.M. Oberlin) thoroughly enjoys using the harp in unexpected ways. She embraces firsts; she premiered over 100 works and was the first harpist to be a U.S. State Department One Beat Fellow and the first harpist to attend Bang on a Can, Fresh Inc., and Splice summer festivals. A 2022 LABA Fellow, she has received the Alice Chalifoux Prize, Rackham Centennial and Graduate fellowships, and an AT&T Foundation scholarship. Her love for innovative new music has led her to serve as a featured performer for the Festival of New American Music, Sound of Late, Spitting Image Collective, and Kerrytown Edgefest. She currently teaches at Mills College and San Francisco Conservatory of Music. www.harpellis.com

Cellist James Jaffe lives in San Francisco. He has performed solos with the National Repertory Orchestra, CityMusic Cleveland, and the Stockton Symphony. His performances have been broadcast by Cleveland’s WCLV 104.9, Virginia’s WVTF 89.1, San Francisco’s KDFC 90.3, and streamed live from the Norfolk Chamber Music Festival. James has performed chamber music at the Robert Mann String Quartet Seminar in Manhattan, as a visiting artist at Beijing’s Central Conservatory of Music, on a concert tour of Alberta, Canada, on top of a mountain in Aspen, Colorado, and once for stranded traffic during a January mudslide on California’s Highway 299. He is a founding member of the Sierra Quartet, the Groupmuse Musician Council, and Festival Rolland, a summer chamber music festival in Burgundy, France. He has also served on the faculty of the Northern Lights Chamber Music Institute and the Crowden Music Center’s Summer Chamber Music Workshop. www.jamesjaffecello.com

Charith Premawardhana is the founder and director of Classical Revolution. Born in Sri Lanka, raised in Chicago, and residing in San Francisco since 2004, Charith studied at the MERIT School of Music, National High School Music Institute, Interlochen Arts Camp and Academy, Oberlin Conservatory, Ohio State University (BM), Civic Orchestra of Chicago, Rice University (MM), Aspen Music Festival and School, and San Francisco Conservatory (Artist Certificate). Charith maintains an active performance schedule which takes him to cities around the US and abroad. Charith has recorded on dozens of albums including for The Mars Volta, Madeleine Peyroux, Third Eye Blind, Bill Fay and The Coup – and he has appeared on stage with artists such as Edward Sharpe and the Magnetic Zeroes, Deltron 3030, Josh Groban, Sting, Hanson, Garth Brooks, and Helen Jane Long. www.classicalrevolution.org