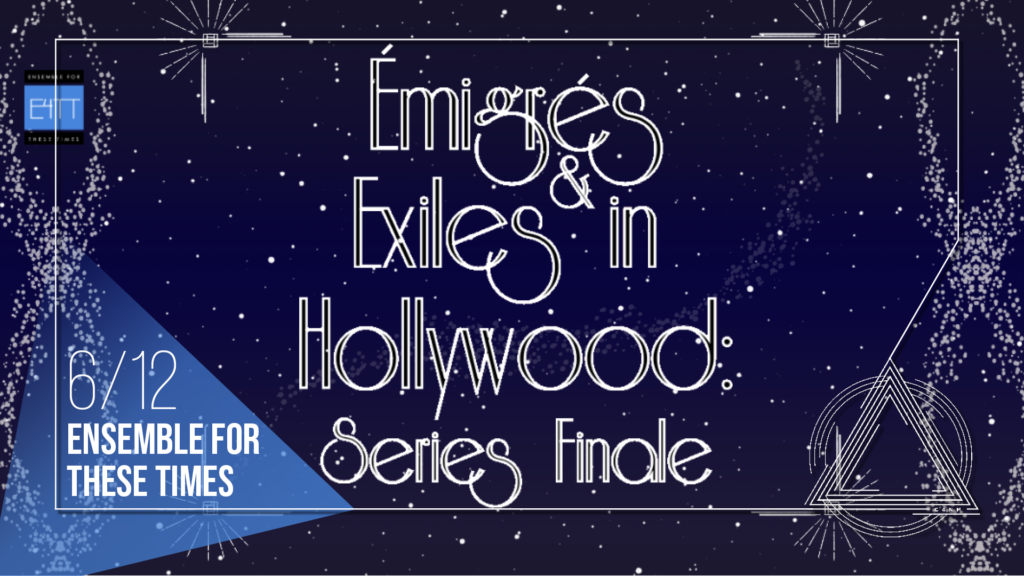 The finale of E4TT’s multi-year exploration of rarely heard chamber works and movie arrangements by film composers who fled Europe in the 1930s and ‘40s, many going on to win multiple Academy Awards, creating the characteristic Hollywood sound that shaped what we hear at the movies today, also with music by Polish composers of that era. Featuring:

Links to samples of these composers’ music at www.E4TT.org/emigres.html