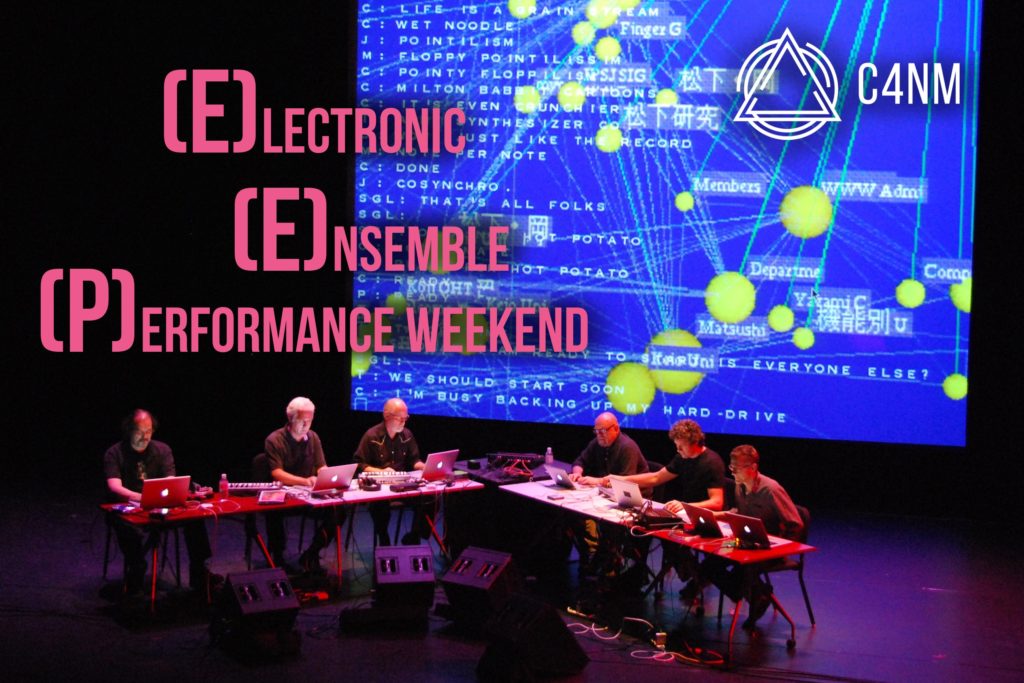 Computer network music, as practiced by The HUB for more than three decades, is characterized by the sharing of digital information via a network, which is used to algorithmically influence the music played by each player in the group. This form of interaction provides the opportunity for composer/performers using computers to use the unique attributes of this instantaneous sharing to create new ensemble relations. The musical behavior that results when each performer individually creates their own realization of a data-sharing specification in a variety of computer music languages affords a rich and unpredictable environment. Emergent behaviors and inexplicable synchronicities abound, and are used to enhance a collaborative, and improvisational performance practice. Last year The HUB was awarded the 2018 GigaHertz Prize for lifetime achievement in electronic music by ZKM in Karlsruhe, Germany.

About EEP: Electronic music today is dominated by production, where musical flow is pre-recorded and we sing along slaved to its rhythm. Live electronic music survives mostly as a solo genre, since performers aren’t needed to produce every possible sound. But EEP! … music is a social practice! This weekend features electronic musicians who play live music together, because electronics allow us as artists to connect and converse musically in crazy and wonderful new ways. This mini-festival also celebrates the new multichannel sound system at C4NM generously provided by Meyer Sound, which is meant to encourage more electronic music at C4NM. Two free workshops (6/11 & 6/12) precede the weekend shows to invite the community to participate in experiencing electronic music in our space.