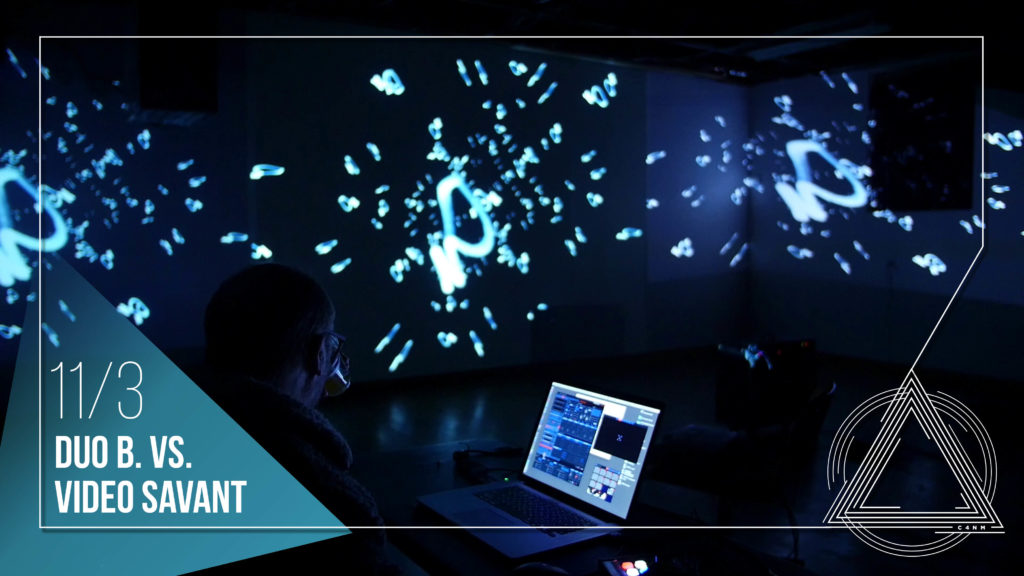 Presented in association with the San Francisco Cinematheque
The Center for New Music collaborates with Cinematheque to present the finale performance by our 2019 Ensemble in Residence, duo B. vs. vIDEO sAVant. The trio, an improvising intermedia ensemble of drums (Jason Levis), bass (Lisa Mezzacappa) and live video (Charles Woodman), presents a new video/music performance developed this in residence this year. duo B. vs. vIDEO sAVant creates live performances of sound and image that seek the revelatory moments where the distinction between music and video, sound and image melt away and a new whole emerges from the flow between individuals and media. The group formed when Mezzacappa and Woodman met as residents at Headlands Center for the Arts, and since then, the ensemble has performed in the Bay Area and beyond, and has been presented by Cinemateque, the École Nationale Supérieure des Arts Décoratifs in Paris, Shapeshifters Cinema in Oakland, and the Oakland Winter Live Festival. This year, duo B. vs. vIDEO sAVant has been Ensemble-in-Residence at the Center for New Music, and this evening’s performance is a culmination of the group’s creative work and research as part of that program.
The program begins with a screening of works by filmmaker Dominic Angerame. The ongoing transformations of San Francisco’s skyline and cityscape are the grand subject of Angerame’s epic film series The City Symphony (begun 1987). Masterfully filmed in 16mm—and in striking, high contrast black & white—the films that make up The City Symphony demonstrate masterful in-camera editing and virtuosic super-impositions while embodying the paradoxes of solidity and ephemerality of the city in flux.
The first half of this evening’s screening/concert features Revelations, the latest in Angerame’s ongoing series. Featuring a haunting soundtrack by Angerame’s long term collaborator Kevin Barnard, Revelations documents transformations in San Francisco’s Dogpatch neighborhood and Embarcadero, including the construction of the stadium currently known as Oracle Park. The filmmaker’s 1980 film Freedom’s Skyway, an early celebration of the city’s skyline featuring Chinatown pyrotechnics, opens the show. 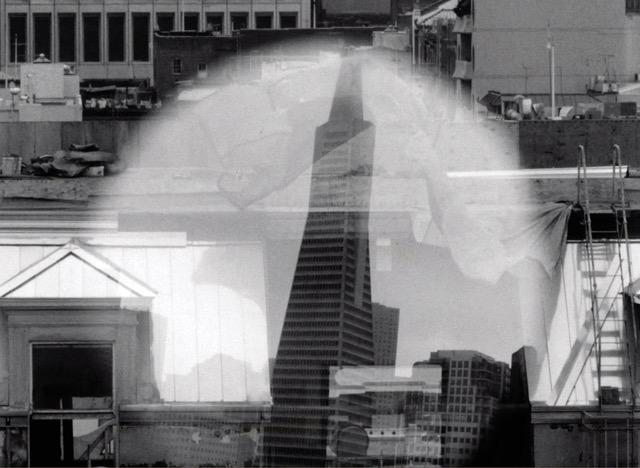