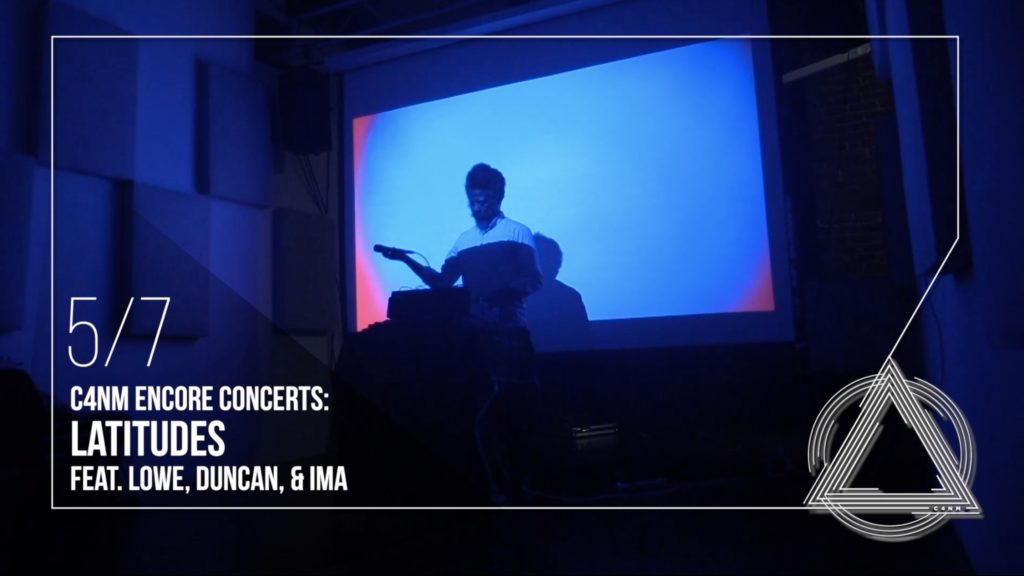 Join us for C4NM Encore Concerts – a chance to relive some of our favorite live performances at 55 Taylor, and a chance to reconnect with our community despite social distancing. Curators and artists will join in on the conversation in real-time to answer questions and discuss musical topics. To watch, just login a few minutes before the event time and look for a live video on our Facebook or Youtube channel, or right here on this page (make sure you refresh the page).

Chris Duncan
Chris Duncan is an Oakland California-based artist who employs time, repetition and accumulation as a basis for experiments in visual and sound based media. An overriding theme in current works is the use of natural forces, such as the sun, the moon and the ocean as conceptual and compositional prompts for both visual and sonic efforts. He has exhibited and performed nationally and internationally. Outside of his studio practice, Duncan, along with his partner Maria Otero, runs LAND AND SEA- a small press and project space in Oakland. Chris Duncan received his BFA from the California College of Arts and Crafts, his MFA from Stanford University and is represented by Halsey Mckay NY.