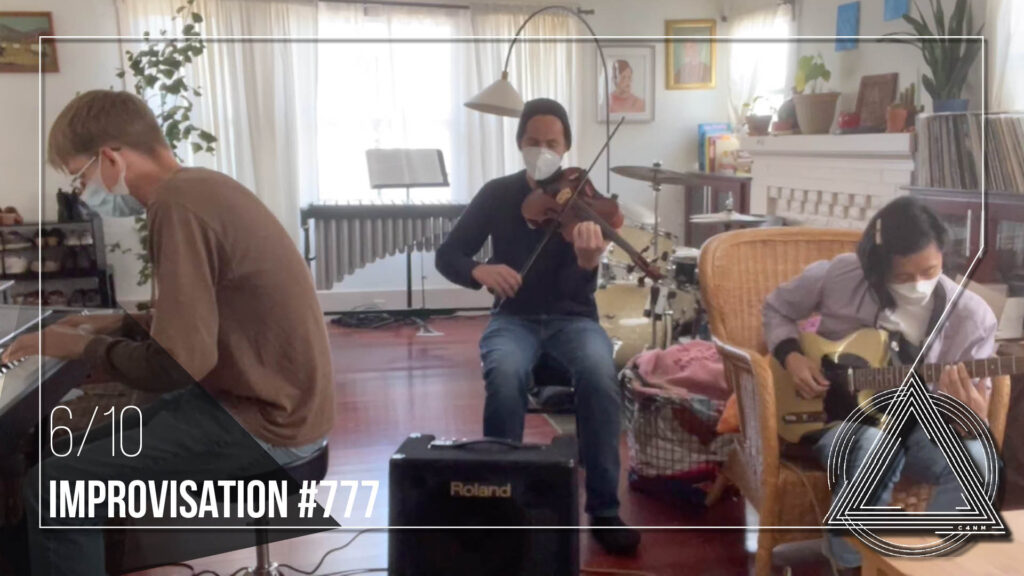 Andrew Barnes Jamieson’s 777th daily keyboard improvisation will at Center for New Music! He will improvise as a soloist, as well as with Zach Hazen and Roger Kim, together actively challenging musical conventions highlighted through the re-use of the recognizable.

Pianist and Deconstruction Worker Andrew Barnes Jamieson’s 777th daily keyboard improvisation since the start of the covid-19 pandemic will at Center for New Music!

He will improvise as a soloist, as well as improvise and perform musical deconstructions with Zach Hazen and Roger Kim. With the re-use of the recognizable melodies, and harmonic and rhythmic patterns associated with pop and folk music, they invite the audience to examine and reimagine conventions of community, listening, and sound-making.

Andrew Barnes Jamieson is a pianist, composer and arranger, based in Oakland, California. He is passionately dedicated to various musical traditions all at once: Gospel, jazz, classical music, free improvisation, experimentation and the avant-garde. He fell in love with Black gospel and worship traditions playing at churches throughout the Chicago area, while earning his BM in composition at Northwestern University’s School of Music. Aiming to highlight, challenge, and deconstruct white supremacy and other injustice in musical and faith institutions, he has been active in free improvisation groups in the Bay Area after graduating from Mills College with an MA in composition. He has also performed over 700 of #1000improvisations (1000 planned daily improvisational keyboard livestreams since the start of the Covid-19 pandemic), founded the avant-gospel Trouble Ensemble and, along with Tom Bickley, the All Ears Interfaith Sangha, based on Pauline Oliveros’ Deep Listening practices, and serves as music director for community worship at Pacific School of Religion and as a keyboardist at City of Refuge United Church of Christ in Oakland.

Roger earned a BA in music at UC Berkeley under Myra Melford, and an MFA in music performance and composition from the California Institute of the Arts under Eyvind Kang, Tom Leeser, Nicholas Deyoe, and Francesca Penzani. Roger studied traditional Korean music with a grant from UC Berkeley. His teachers in Korea include Ji Soonja, Scarlett Choi, Kim Dongwon, Moon Soohyeon, and Yeon Jeho.