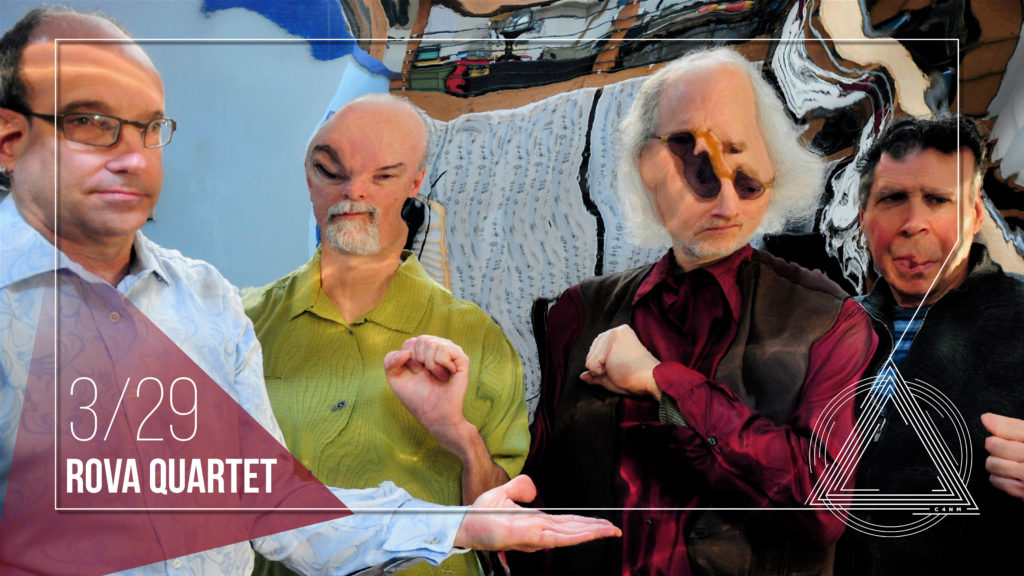 Working up brand new material is always exciting. But in the music world, there’s also that moment in time when a piece you’ve been working on is finally realized, understood, has revealed itself. In addition, there are moments in the history of a long-standing band like Rova when the long slow evolution that is always the norm seems to take a sudden leap; when some new understanding of the band’s music seems to suddenly reveal itself to the band as a group. That moment is totally the result of all the practice and work that goes into making a band what it is. In other words, the reveal is not “sudden,” but the recognition of this new level that the music has risen to, that recognition is sudden. And that’s happened with Rova again in the past 6 months of our long 42-year history.

Take 1 on March 29 will include a lot of the music we’ve been looking at over the past season, and perhaps 1 or 2 brand new pieces. Take 2 in April (April 19) will feature a number of premieres – or what I prefer to think of as “first encounters” with an open-ended composition and new puzzle for improvisers to solve and grow into.

A lot should be revealed.

*Please note, advance ticket sales will end at 5 pm on the day of the event. Door tickets will be available 30 minutes before showtime.*