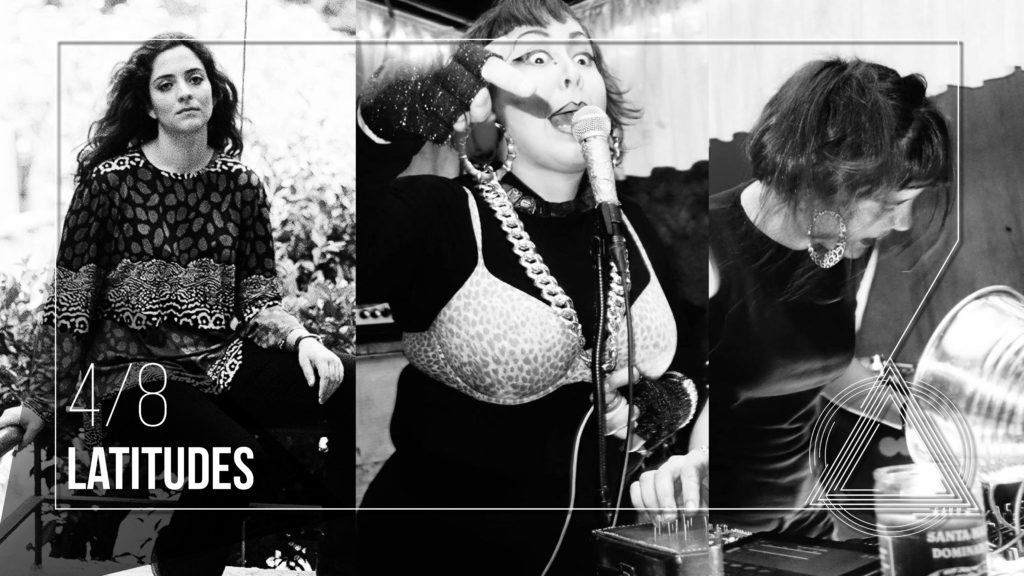 Nadah El Shazly is a singer and composer living and working in Cairo. She released her critically acclaimed debut album AHWAR in Nov 2017 via Nawa Recordings. Backing up her release with extensive worldwide touring through a solo set and a four-piece band, El Shazly has been featured in local and international festivals including Le Guess Who?, REWIRE, Best Kept Secret, Supersonic and many more. She continues to compose for film and visual art.

Two years in the making, Ahwar was composed, written and produced by El Shazly herself in collaboration with Maurice Louca and Sam Shalabi on co-composition and arrangement duties. The album was crafted across two continents, between Canada and Egypt, and features the best of Montreal’s contemporary-classical and improvised music scene, most of whom are members of Shalabi’s Land of Kush.

Las Sucias is a feminist noise duo formed by Danishta Rivero and Alexandra Buschman. The Oakland based group’s chaotic mix of influences range from old school Caribbean styles such as Reggaetón, Dembow and Dancehall, to Noise, European 1960’s vanguard, Goth, Riotgrrrl Punk, Free Jazz, Experimental and Industrial. Their sound was shaped by BOMBA and GAITA DE TAMBORA DE VENEZUELA, styles that already contain a blend of their cultures of Venezuela and Puerto Rico respectively.

* Please note, advance ticket sales will end at 5 pm on the day of the event. Door tickets will be available 30 minutes before showtime. *