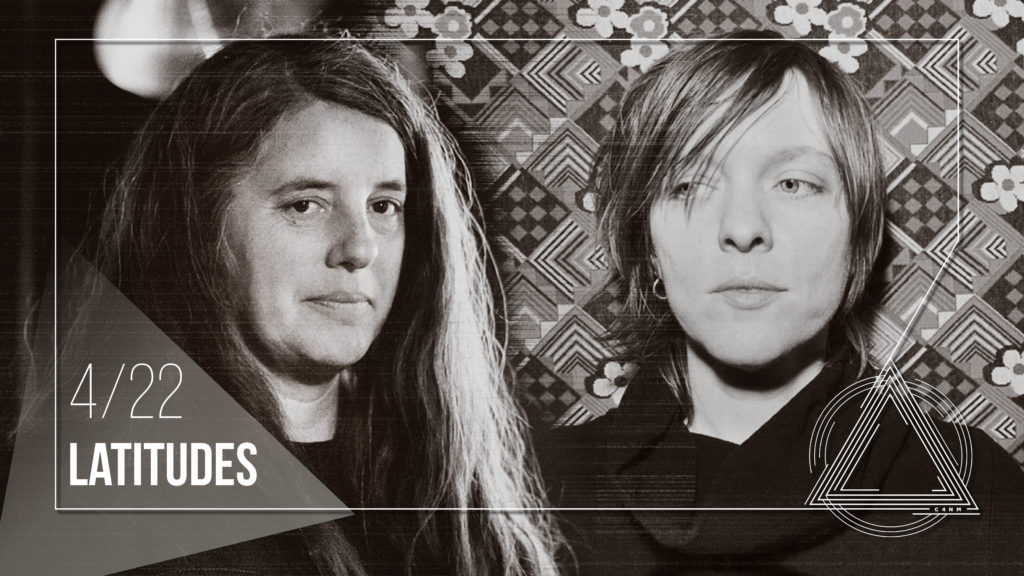 Marisa Anderson is a wanderer at heart, creatively as curious as she is proficient. On Cloud Corner, Anderson’s music is boundless. Rooted in American folk music, her pieces are inspired by 20th century classical and West African guitar techniques. The results are revelatory. Written and recorded in a period of political and personal upheaval, the album was created as a refuge, an ode to stillness in an era of ceaseless noise. Marisa Anderson’s Cloud Corner is an album of remarkably intimate beauty, tranquility in times of turmoil.

Anderson’s composing is indelibly tied to her process of recording. As her own engineer, Anderson is able to develop her pieces while recording, shifting from song to song as inspiration strikes. After at times months of ruminating on musical and conceptual ideas, she improvises hours of material which then is often whittled into the concise, richly textured compositions. As the pieces of Cloud Corner developed, a distinct mood began to settle over the album, with long reverb tails, cleaner tones, and lightly bouncing rhythms evoking air, wind, breath, and the sky. Themes continued evolving as she recorded, as Anderson began embellishing pieces with varied instrumentation, from the warble of her Wurtlitzer keyboard to the staccato plucks of the requinto jarocho.

Anderson is able to evoke vivid visuals through her music, and Cloud Corner draws on personal experience for those images. A great example is the sorrowful “Angel’s Rest,” a eulogy to one of Anderson’s favorite trails near her Portland home, which was devastated in 2017 by fire. “Sant Feliu de Guíxols” elicits the beauty of the coastal Spanish town. It is a quietly and consciously happy song triggered by a conversation with a fan who accused Anderson of only playing sad songs. Anderson uses a slide and incorporates microtonal elements on “Lament,” a song inspired by images of the Syrian refugee crisis. The palpable emotional weight of these pieces are all invariably tied to Anderson’s capacity to create such vivid imagery with her composition, timbre and tonal choices.

Marisa Anderson’s experience in a myriad playing styles and keen abilities as an improviser are perfect skills to satiate her appetite for new approaches to composing. The backbone for her music is her undeniable mastery of North American traditions of country, folk, and blues. Cloud Corner sees Anderson using those skills in new forms from the Classical canon such as the fugue and ostinato. Traversing further still, guitar phrases on tracks like “Slow Ascent” and “Surfacing” owe a debt to the Tuareg style of guitar playing. Anderson was influenced by artists she played or recorded with such as Mdou Moctar, Kildjate Moussa Albadé, and Ahmoudou Madassane. Inspiration was also drawn from unique stringed instruments Anderson utilized such as the requinto jarocho and charango, which helped flesh out the riff of “Lift.”

The solo guitar work of Marisa Anderson owes its familiar tones to her awareness of history and her mastering of her instrument, yet it is completely new. Marisa Anderson filters musical history through her own personal experiences, as a traveler in life and in music. A curious and gifted player, Anderson has spent over 35 years of playing forging her singular, instantly recognizable voice. Marisa Anderson’s Cloud Corner is hopeful in the face of any discord, a resplendent diverse sound sanctuary that shines, a mirror of the horizon it looks towards.

Tara Jane O’Neil is a multi-instrumentalist, composer, audio engineer and visual artist. She creates melodic and experimental music under her own name and in collaboration with other musicians, dancers and filmmakers. Her recordings and live performances range from solo singing to noise improvisations. TJO has composed and performed music and sound for films, theater and dance performances, and written large and small ensemble experimental works. As a solo artist she has released eight full-length albums. Since 1992 TJO has performed at clubs & DIY spaces around the world as well as the Centre de Pompidou, the Whitney Museum and All Tomorrow’s Parties.

O’Neil is also a notable visual artist. Her work has been exhibited in New York City, Barcelona, Tokyo, Kyoto, Louisville, and Portland, among other places. Her artwork has appeared on her solo record covers, on the record covers of many others (Retsin, Ida, The Naysayer, Castanets), in poetry books by Cynthia Nelson (Raven Days and The Kentucky Rules) and Maggie Nelson (cover of Something Bright, Then Holes), in the magazines Punk Planet, Magnet, The Wire, Venus Zine, Copper Press, and various international publications. Who Takes A Feather, a book of her drawings and paintings, was published in 2004 by Map Press. In 2007, Wings. Strings. Meridians. A Blighted Bestiary was published by Yeti, including an album of live recordings, 4-track demos, and out-takes.