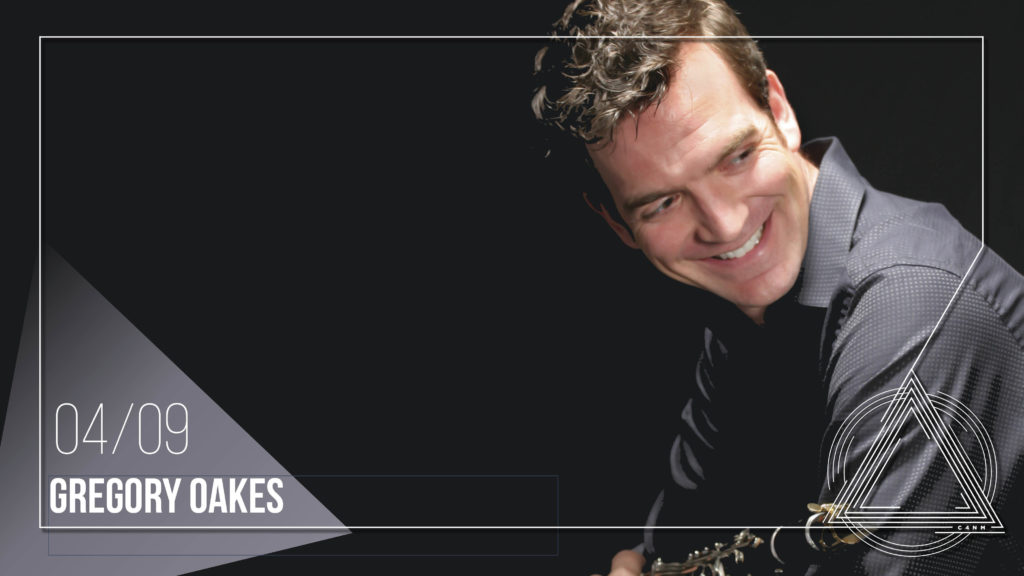 Gregory Oakes is a passionate advocate for creating new sounds on the clarinet. Each piece on this program (half of them written for Oakes) explores aspects of sound in some unexpected ways. Works by Atkinson and Lachenmann explore the world of super-soft sounds while Cuong and Mandat revel in the vivid layered tones of multiphonics. Farrin and Ueno’s pieces each give prominence to the clarinetist’s singing voice while playing the instrument. And Thomson gives an unrelentingly driving tour-de-force that doesn’t stop for air.

Gregory Oakes is an exciting and energetic clarinetist performer and a passionate champion of the music of our time. From his Carnegie Hall debut with members of Ensemble Intercontemporain and Pierre Boulez to his performances as a member of the Colorado Symphony Orchestra, Oakes has been praised by critics for his “outstanding performance” (New York Times) and “jazzy flourishes” (Denver Post). He has performed throughout the United States, Europe, Asia, and South America and been broadcast on NPR. Oakes has performed at multiple International Clarinet Association ClarinetFests, the Oklahoma Clarinet Symposium, the New Music Gathering, the International Computer Music Conference, and Berlin’s MaerzMusik festival. He has held residencies at Princeton, Harvard, Dartmouth, Aspen, and Amsterdam’s STEIM. His CD Aesthetic Apparatus: Clarinet Chamber Music of Helmut Lachenmann appears on the New Focus Recordings label. Oakes is on the faculty of Iowa State University and is principal clarinet of the Des Moines Symphony Orchestra. He is a Buffet Group USA and Vandoren Performing Artist.
Jeff Anderle is a pioneer in the world of low reeds, helping to popularize the role of the modern clarinet and bass clarinet through his innovative and diverse performances, ensembles, and commissions. He is a founding member of Splinter Reeds, the Bay Area’s first reed quintet, and half of the bass clarinet duo Sqwonk, which has commissioned and premiered a significant body of work that infuses aspects of classical, folk and popular music into its own distinct style. He is a clarinetist in the San Francisco Contemporary Music Players and performs regularly with a wide range of music institutions from orchestras to diverse chamber music ensembles. Jeff is a founding co-director of Switchboard Music, a presenting organization which has featured hundreds of innovative musicians through its annual marathon and concert series. He is chair of the woodwind department at the San Francisco Conservatory of Music where he teaches clarinet, bass clarinet, chamber music, and professional development.